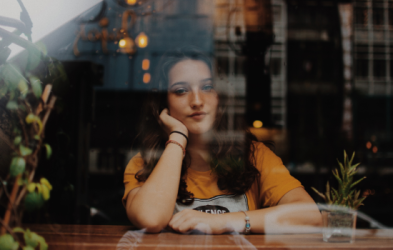 To truly tell the story of my mental health I need to travel back 10 years to when I was 14. I always knew that I was different but it really came to a head after junior cert, I didn’t want to go to school, I struggled to get out of bed and I didn’t want to socialize. Yet the silence when I was alone was deafening.

I waited until I was 17 to seek help as I always just put how I was feeling down to hormones. I went to my doctor and was diagnosed not only with depression but also with borderline personality disorder, on top of all this I was also coming to terms with my sexuality and figuring out I was bi-sexual. All the while trying to get ready for my first year in college.

I was scared I didn’t know where to turn and I started to shy away from all the things I once loves. I felt worthless and allowed myself to be treated as such in toxic relationships, all of this lead to me dropping out of college and developing an eating disorder as I felt this gave me back some control over the life which was once mine.

This vicious cycle continued for 18 months until the light at the end of the tunnel which realistically I was in since I was 14 not just for 18 months finally started to make an appearance and the only reason for this was because I opened up and told my mam which I had been putting off for so long as I did not want to burden her and in some way I felt she would be ashamed of what I saw as my weakness. But it was the best thing I ever did, she drove me to my first counselling session and waited for me until I was finished little did I know this would be the first of 7 counsellors which I would attend over the next 7 years.

That first session changed my life for the better each step was small but still in the right direction. I am now 24 and each day is still a step but each of these steps now pave my journey to my promising life. Each day is now a privilege and I am glad I am on this planet which for a long time I hated. I have found my outlets. Each story now makes up a collection of art on my skin. I am lucky enough that I now have a degree, a stable relationship and also the privilege of being Vice President of education in CIT students union. My life has changed because I finally accepted who I was instead of hiding from myself and everyone else.

Life is short so take every moment and embrace the good, the bad and the ugly.