The Union of Students in Ireland, with the support of the HSE, alongside Minister Jim Daly, Minister with special responsibility for mental health launched the ‘ReCharge’ mental health campaign in University College Cork on November 12th, 2018.

The ‘ReCharge’ campaign is a campaign to empower and encourage students to seek support and take time to recharge their mental health.

“The importance of striving to improve mental health services at third level year on year cannot be stressed enough. The Union of Students in Ireland have always and will always host national Mental Health campaigns due to the severity of the situation and to promote wellbeing in the student population who are in particular risk given the age cohort.

In a mental health survey, set to launch early 2019, we found when those surveyed were asked had they experienced mental health difficulties in the past 12 months 1084 (32%) said that they had often and 568 (17%) said all the time. A whopping 24% of those surveyed said they were unaware of on campus services for mental health, +Connection is an app that will reduce this percentage substantially with the ‘Mapping Feature’ which will list supports in each college categorically by location.”

“Much like recharging our phone batteries, we need to ReCharge our mental health and wellness. Students across Ireland have limited amount of energy due to college and work commitments, and we are saying it’s okay to take time to recharge yourself.”

“HSE Mental Health is delighted to fund the development of the ReCharge Campaign. We know the student population is aware of mental health but we wanted to work with USI to create a campaign that would not only signpost to available supports and services but would focus on building resilience. This campaign reinforces messages within our Little Things mental health campaign that there are small everyday things that will make a positive impact on our mental health. We know students are busy but things like regular study breaks, drinking less and getting enough sleep are things that can make a big difference to them. This campaign forms part of our efforts to deliver on our commitments under Connecting for Life, the national suicide prevention strategy. 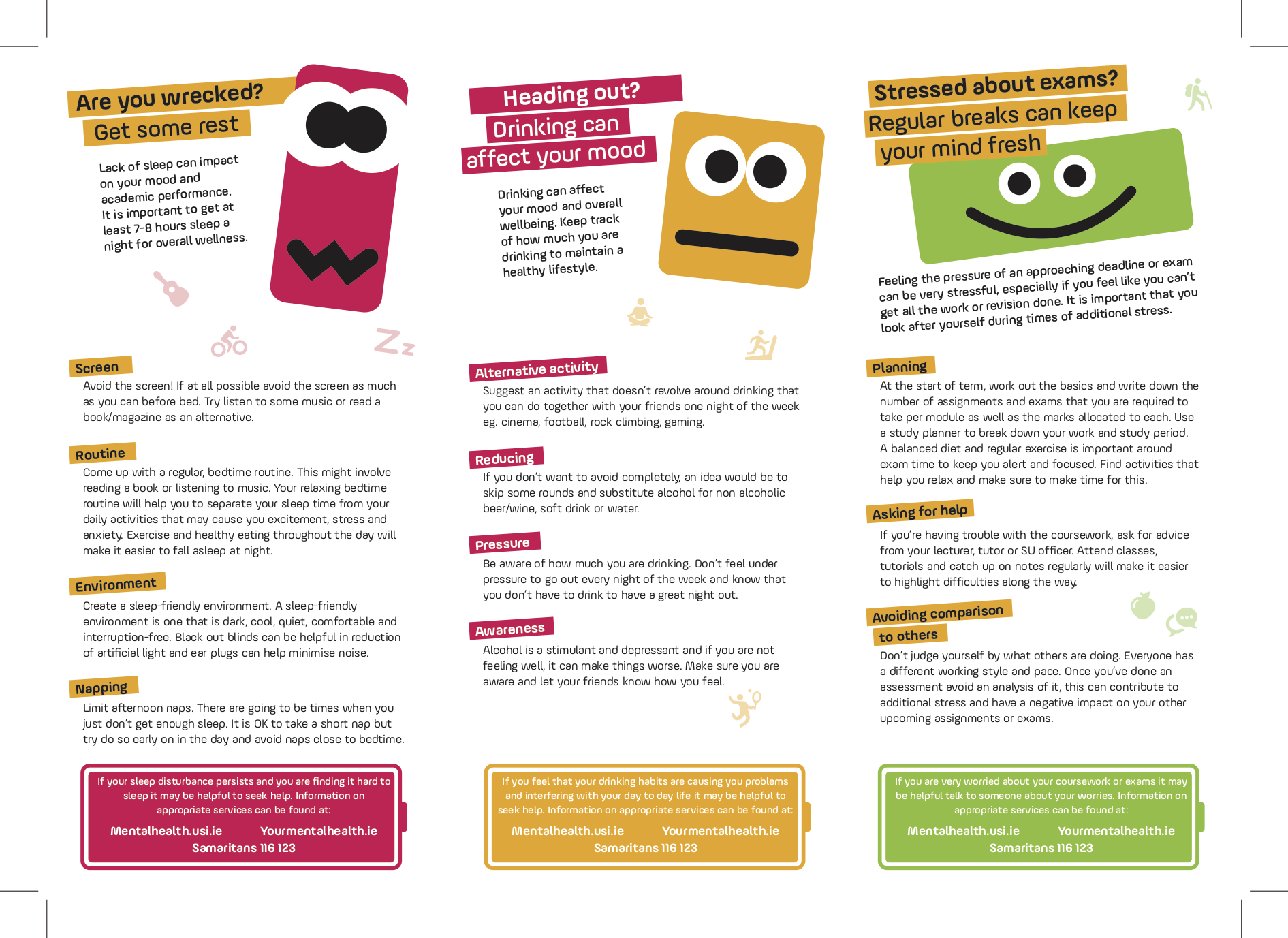